Jill McLaughlin (formerly Grunewald) is a longtime health and nutrition coach. In her practice, Healthful Elements, she’s helped people take back their health and recover from hormone imbalances and autoimmune disorders. 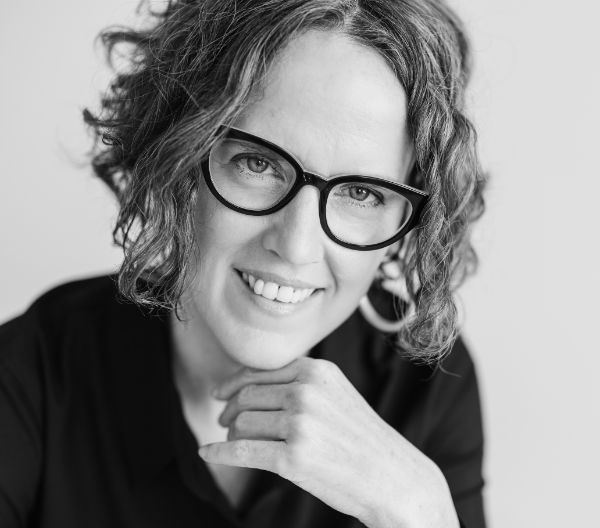 After 14 years of health coaching, McLaughlin was feeling an unsettling amount of cognitive dissonance. There was an elephant in the room of her practice, especially with the children she works with who have alopecia.

“If you inflict risk on others and they are harmed, you need to pay some price for it.”

In 2019, after medical mandates being thrust upon residents of California and New York, she could see the writing on the wall. And in January of 2020, after months of hand-wringing, sleepless nights, fits and starts, and a few cocktails (rare for a near-teetotaler), Jill published this tour de force, speaking out for the first time against mandated medicine.

She boldly threw her readers (and others close to her) a curveball, seemingly coming out of nowhere to take a powerful stand against government and pharma corruption. Her work has since been hailed as “epic,” “a profound act of bravery,” and “magnum opus.”

“It’s impossible to lose your footing when you’re on your knees.”

In those weeks of post-publication recovery, with messages of support coming from all over the world, Jill again hand-wrung about her next step. As someone close to her said, “I don’t see you publishing this and then skipping down the street.”

Numerous doctors, nurses, health coaches, chiropractors, and other healthcare practitioners started reaching out. Their questions touched her to the core:

This is a place to inspire and empower practitioners (and anyone else!) who value medical, religious, parental, and civil freedom to speak up—in whatever way makes sense for you. If you’re a provider and care about these issues, sitting on the sidelines is disingenuous. You can’t expect other people (like Jill and the others who inspired her to be brave) to do the heavy lifting. You’re in a unique position to educate others—and let the chips fall where they may because you’ve done the right thing and followed your conscience.

“You can stick your fingers in your ears and ignore it or you can be brave, speak up, and take action. Right now. Today.”

“Speaking up” may not necessarily mean getting loud and proud. It may mean working behind the scenes, at the legislative level. If that’s how you want to get involved, Jill and her team have you covered.

By the way, although she thought it could be a possibility, Jill didn’t lose her health coaching practice. Or even get much hate mail. In fact, while she can’t attribute it solely to publishing her article, Jill’s coaching practice doubled in 2020. Many had found her—and trusted her—because of her willingness to stand up.

Read more about Jill’s story of stepping up >

We invite you to sign up for our newsletter. We will never sell your information.